State of the Arts: Philip Pearlstein, realist painter
Documentary produced by NJTV
Aired: 01/29/2012 | 10:20
Philip Pearlstein began painting nudes in the early 1960s when it was a radical move, and he ushered in a new chapter in American Realism. Meet the artist at his Highland Lakes weekend home and in his NYC studio, plus visit a retrospective of his work including his high school paintings, nudes, landscapes and cityscapes, and portraits made of his friends and neighbors. 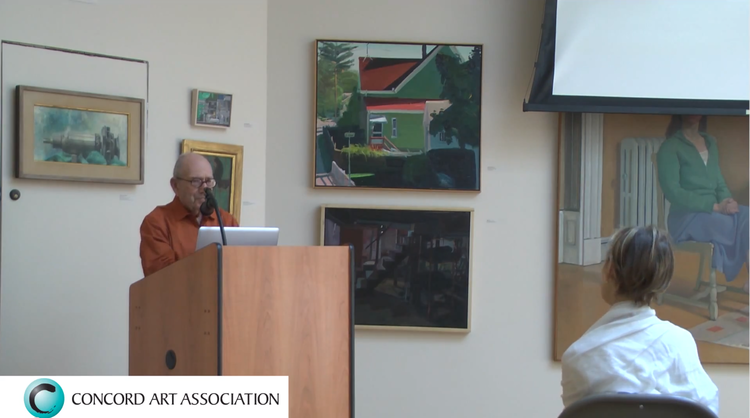 Just the facts: Contemporary Perceptual Realist Painting
A lecture with Philip Pearlstein
Recorded on June 28 2014
Influential American painter, Philip Pearlstein shares his adventures, mishaps, and the many fascinating anecdotes that highlight his more than 60 year career, from his early abstract expressionist landscape paintings to his paintings of static nudes with bewildering perfection. An American master and realist painter, Pearlstein is renown for the steady strength of his work such that many critics say he is doing the best painting of his life today. Since the 1960s, Pearlstein’s paintings of nudes in a room, have engaged viewers as nothing simple or conventional. As critic Robert Hughes comments when speaking of Pearlstein, “Realism, we learn once more, is neither a simple nor an easy matter.” When Pearlstein first began with the figure, he “just wanted to map what was there…to use the model to map composition.” Pearlstein’s mature paintings reveal increasing complexity. The nudes are just enough bigger, the angles and framing subtly intentional to convey something highly charged, a feeling of power. Pearlstein’s work is in over seventy museums collections in the United States, including the National Gallery in Washington, Art Institute of Chicago, the Corcoran Gallery of Art, Metropolitan Museum of art, the MOMA and the Whitney, among others.